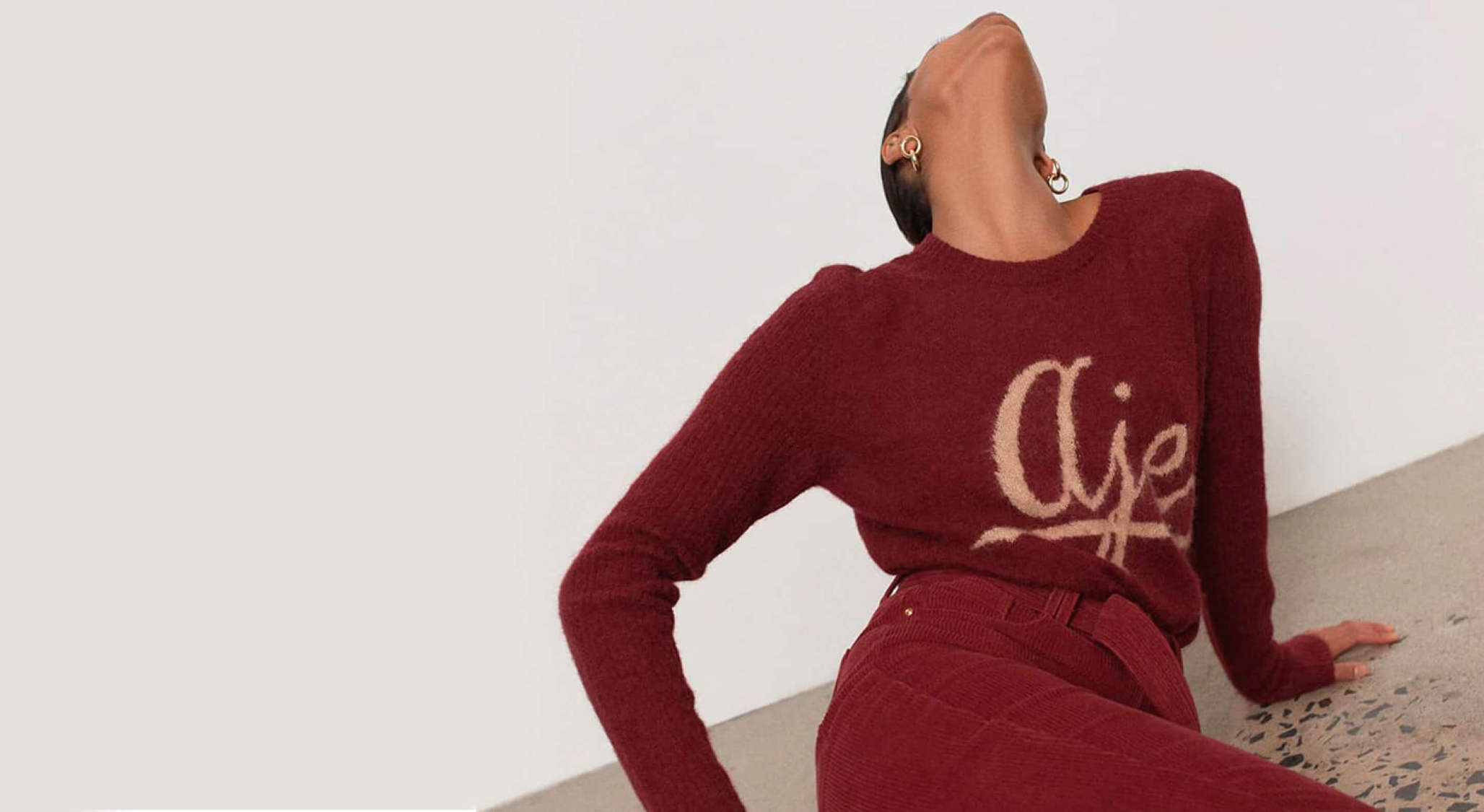 Aje is a premium Australian fashion house dedicated to raw beauty, tough femininity, and effortless cool, attracting a growing following of dedicated customers around the world. The fashion label is available in department stores David Jones, Nordstrom, Matches Fashion, Moda Operandi, and Saks Fifth Avenue, and in 2019 was invited to open Mercedes-Benz Fashion Week in Australia.

Renowned for its stunning physical stores—18 in all, including 16 across Australia and two in New Zealand—Aje wanted its retail presence better reflected on its website, locally and internationally. It turned to Shopify Plus to bring its in-store experience online, and offer the same luxurious feel enjoyed by customers offline across its digital channels. With Shopify Plus, Aje has been able to:

While Aje has been in operation for over a decade, it realized it could further harness the opportunity or potential of the virtual retail environment, particularly to its digitally-savvy customers, who often do research online before visiting a store and are also influenced by Aje’s strong social media presence.

While over 75% of Aje’s customers were engaging with the brand on their mobile devices, its mobile site wasn’t wholly optimized, and payment types weren’t always working well on its digital platforms.

Meanwhile, Aje was also growing its international distribution channels in New Zealand and across some of the most renowned American department stores, including Saks Fifth Avenue and Nordstrom, so it needed to get its global website optimized and improved to accelerate awareness and sales, with localized pricing, currencies, and seasonal content.

For many of our global customers, the first time they encounter the Aje brand is online, so we wanted to design an experience that immersed them in the entirety of our world, as soon as they land on the site.

Aje turned to Shopify Plus to quickly implement a new, redesigned site with minimal downtime, and to merge its online and offline customer experiences. But it also entered the partnership for Shopify Plus to act as a sounding board for innovative ecommerce ideas.

With the help of Shopify Plus Solutions Partner Moustache Republic, Aje and Shopify Plus worked collaboratively to identify all the things the site needed to do, and optimize where the old site wasn't performing in relation to sales or the customer experience. The site needed to be simple, effortless, and fluid—something Aje, a fashion company at heart, itself could manage.

Given a big part of the business strategy was to go global, Aje was also keen to get more “glocal,” offering the best experience to represent the brand in the best way in its various locations. This meant working to make site imagery really stand out, and ensuring moving around the site was completely frictionless and intuitive.

The support we receive from Shopify Plus in terms of resources and consistent, ongoing guidance is incredibly valuable. It's like having an extension of your own team. Working collaboratively with a partner that shares so much valuable insight and expertise is both reassuring and motivating.

The results were instant. In just a few weeks, Aje saw its conversion rate increase by 135%. Its bounce rate also reduced, pages per session have increased, and its average session duration has also increased. Most importantly, the company is thrilled with how the mobile site has converted since replatforming.

Aje now has three expansion stores to sell internationally. It launched a new site for New Zealand customers, offering a localized experience in NZD, along with its Australian site in AUD. Aje also launched a new global site for customers using multi-currency with Shopify Payments, supporting 20 currencies. This caters to customers in other parts of the world with different seasonality, and who engage with different product types. Now, Aje ships to 75 countries from this site, including to the U.S. and those in Asia and the Middle East.

With all its key markers moving in the right direction, customer feedback has also been incredible, with shoppers messaging and calling Aje to express how much better the site is to use. Today, Aje feels excited about sending customers to its site, because it genuinely reflects its brand and feels more authentic.

With its new website working well, Aje is now looking to potentially roll out a future of click and collect orders, and even a virtual stylist service.

Shopify Plus has been a retailer’s dream to work with. Customers don't mind what channel they are shopping in any more. They just want to secure their product. It's been a fantastic learning internally, as the entire business sees the ongoing potential of online.